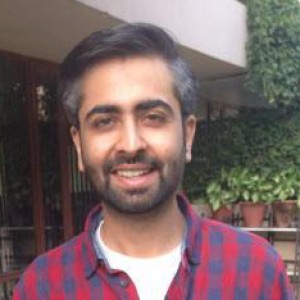 Despite making progress in many courses over the past couple of days I was really missing coding. Andrew Mead’s courses have challenges in almost every video. You never get bored.

and I somehow have been covering a lot of theory lately. I almost started to worry I would forget how to code if I keep going on like this. That is why I thought about Dr Angela Yu’s course.

I had a lot of reservations about doing another coding bootcamp after trying to go though Colt Steele’s latest bootcamp. Somehow that seemed too dry. It is very important in courses to have a good mix between theory and to get the student to actually write some code and build something.

What good is a course if you lose interest in it and cant carry on. I have tried really hard to get through some very informative, but boring courses, but it is really hard. I need something to do and something to build.

So I ended up buying Angela’s course and started with the HTML section. I thought it would be absolutely boring since it is HTML and I have gone through HTML in enough courses. But I was wrong. Her style is great. She really had me doing different things and we built this first simple HTML website. A simple CV.

She showed us some great computer scientists who have this kind of simple website and it was actually liberating to be able to build something simple first. It is true that many courses want to speed through things and have you build really fancy stuff without covering the basics. I guess basics seem too boring. But, that does not have to be true is what i saw today. It depends on the instructor.

Colt’s python course was great in this regard. I wrote a fair amount of code in that course and that is the reason I covered the majority of it. His web dev boot camp was a bit slow and too intense on theory.

I watched Dr Angela Yu’s video on learning a few months ago and it really gave me new insight into learning. Watch the video first. Take notes. Then try and do what was taught in the video yourself. I did that in Andrew Mead’s courses and it really helped me.

Andrew is a great instructor as well. He keeps his courses really interesting. I ran into a wall with his React course because I dont think I am ready for react yet. I need to practice and do a lot of stuff with vanilla JS and node before I go back to React.